I decided to “Ray Charles” the J’ouvert, conveniently called Stained because I don’t a stained outfit when I’m working with only hand luggage worth of clothes. So my Rotterdam carnival experience started on the Friday with the annual boat party ‘EXTASea’ at Parkhaven. EXTASea was the quintessential soca rave – it was sweaty, full of wotless behaviour and waistlines answering back. The boat had 3 levels/ rooms, with a large dancefloor on the ground floor perfectly equipped for ‘Palance’ and ‘Top Striker’ – several attempts were made to rock the boat.  I loved the juxtaposition of the picturesque shoreline against the imagery of ‘split in di middle’, ‘skinned out pum-pums’ and legs pon shoulder… it was a highly reluctant docking off the boat. A quick power nap and refresh later, we got ready to go the ‘Carnival at Night – Pre-Party’ event at Maassilo. The venue has a unique warehouse feel with lockers instead of a conventional cloakroom, which is quite frankly ingenious because nothing is worse than that Noah arc queue at the end of the night.  Also, it was well ventilated considering the fact that it was a wicked 37° and it was at a soca rave… every little bit of cool air was treasured. The actual venue itself consists of 4 rooms each playing good music, but the highlight of the night definitely was Charly Black’s performance, it was the perfect motivation to act like a party animal. Skinny Fabolous was amazing but I had seen him only 2 months prior in Berlin, so I knew what to expect.

So I had enormously high expectations for this day, my entire trip was shaped around ZomerCarnival so needless to say I was geeked for it. Unfortunately for several reasons it was incredibly anti-climactic;  logistically, aesthetically and atmosphere-wise I felt let down. Immediately as I got close to the carnival I could tell something was off the usual  excitement and drunk proceedings were non existent and the only music that could be heard were from neighbouring restaurants and cafes. The actual carnival felt more like a Eurocentric street parade than a Caribbean carnival. The float sound systems were inadequate and lacked the bass required for island music, the costumes were incredibly juvenile and amateurish – I could see unfinished seams and hemlines – and the atmosphere was pedestrian. The restrictive nature of the road meant there was only enough space for the masquaraders to dance meaning everyone else was stationary relegated to the even narrower pavement. I was a spectator to a mas full of paraders who lacked the energy to “carry on bad” because the set up failed to provide the usual anonymity to act wotless. The carnival experience was slightly redeemed by the music stage that proceeded the mas and the after party as Maasilo. Lyrikal’s performance ensured that the party was lit and I carried on like I had no behaviour – whines were rough and reckless, my bampsee was flicking and and I participated in all the charges to the differing sides of club. The disappointing carnival experience made for a perfect after party as it meant no one lacked the energy to carry on bad; everyone was dancing and soaking in the moment. 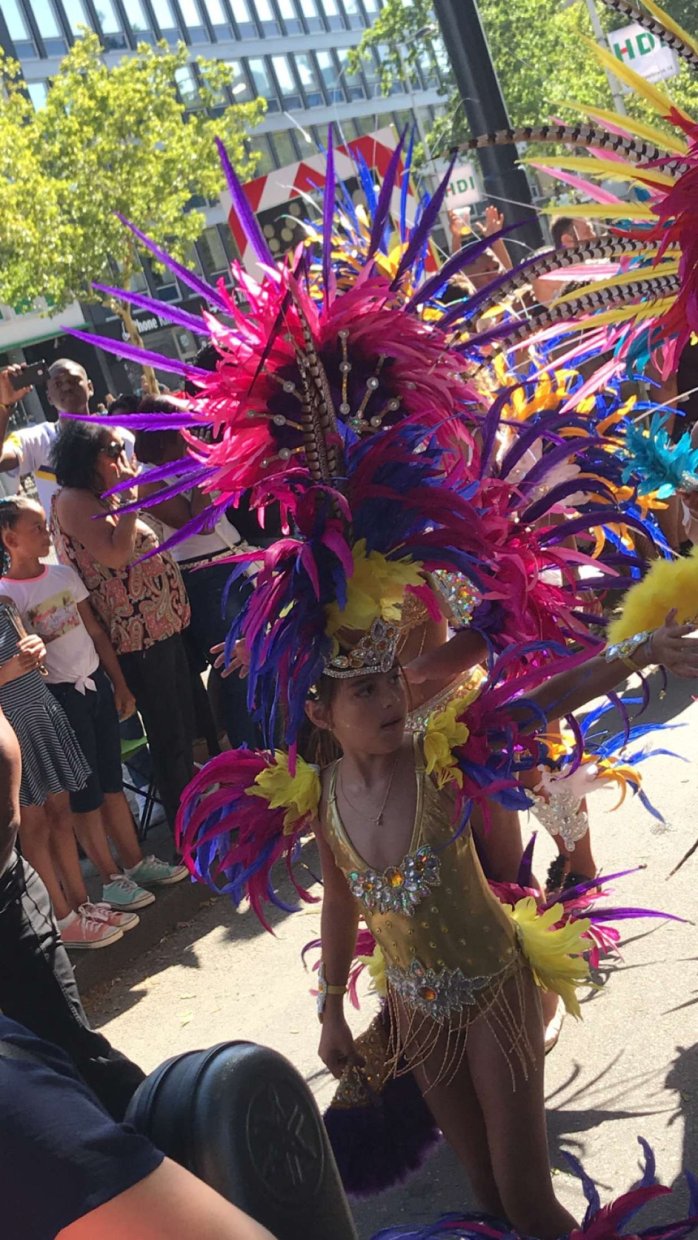 This was the concluding day of my ZomerCarnival Weekender experience and it was certainly a sombre affair. In true soca fashion, there was an All-White Party called Shine, held at the idyllic, waterfront venue of Boompjes venue, which was undoubtedly the best venue of the weekend. Boompjes aesthetic is EVERYTHING comprising of large glass windows with an open plan interior, giving the chicest look that perfectly complemented the all-white theme. Soca raves are normally characterised by its display of high energy, sweat and wotless behaviour, but ‘Shine’ was an unconventional soca fete, as it was noticeably less “turn up” and more relax, enjoy the scenery and vibe with people. Despite being a chill and classier event, ‘Shine’ still had the soca energy that I love and I still shaking my bampsee left, right and centre.  You could sense the encouragement, lack of judgement and carefree attitude that triggered my love affair with Soca raves. The event wasn’t full capacity wise, but it full of the best of vibes.

My Rotterdam Carnival experience ended with the ‘Carnival at Night – the Aftermath’ at my second home aka Maasilo. Unfortunately this fete was disappointing as you could sense the fatigue. Due to lack of attendance, only one of the rooms were in use and there was an overall lack of energy and hype. Most people were either at home packing or sleeping and the lack of whines made for a less than lit night. Thankfully the night was partly salvaged by Olatunji’s performance who was a last-minute replacement for GBM Nutron. Olatunji is a majorly animated performer and he literally provided the energy at an otherwise deflated night.  I knew it was my time to say “doei-doei” to Rotterdam Carnival when the bashment set commenced.

In all considering, Rotterdam was quite anti-climax and a disappointment. My favourite event was EXTASea and I feel like the weekend peaked too early as experience deteriorated the more the weekend proceeded. I went from experience ecstasy to extreme disappointment. I’m still undecided about whether not I will return to Zomercarnival. Although I was assured that the dismal carnival I experienced was a one-off due to roads works, I don’t think I can spend money on the assurances of other people. I know if I do come back I will most definitely have to play Mas and either have to pray that the costume God smiled on me or work magic with a bedazzler machine.

← I Shook You Off
The Nigger You With Ain’t Shit →